It is becoming more and more common for people to question the benefits water from the tap has over that which is bottled as awareness of the ecological effects of plastic grows.

Some might be curious about the relative merits of the two options in terms of safety or flavor. It’s also worth noting that there are many additional considerations to take into account when selecting between bottled and water from the tap for your family.

The advantages and disadvantages of tap water and bottled water will be discussed in greater detail in the following paragraphs.

Advantages and drawbacks of tap water

Factors to keep in mind while deciding between these two include its safety, cost, flavor, and environmental impact.

Here are some advantages and disadvantages to using tap water.

United States has the safest drinking water globally. In the United States, tap water passes through a lot of tests more frequently than bottled water.

The EPA is in charge of determining the permissible levels of pollutants in groundwater and tap water and enforcing those limits. Microorganisms and chemicals are two examples of this.

As a result of the Safe Drinking Water Act, these requirements are legally mandated. Federal legislation mandates that water corporations warn the public if there is a safety issue with the water supply.

According to the Environmental Working Group, the EPA’s work is to set standards when it comes to tap water. However, regulations doesn’t apply to all toxins. Contaminant level restrictions have been fixed for more than two decades.

It’s easy and cheap to get your water from the tap. Drinking water that is safe and refreshing is as simple as turning on a faucet.

You may get free tap water at public drinking fountains and restaurants as well. Once you invest in a reusable water bottle, you can save lots of money while ensuring you are drinking water from an established source.

Effects on the environment

Companies that provide public water treatment use a variety of techniques and chemicals to keep it free of contaminants. The water is then pumped into storage tanks for later use.

People are also more inclined to wash their glasses after drinking water, either in the dishwasher or by hand.

Each of these phases uses chemicals and energy that effect the environment.

But according to the Massachusetts Water Resources Authority (MWRA), consuming tap water has a much smaller effect on the environment compared to buying bottled water.

Because there is no packaging to dispose of, there is no need for recycling centers or landfills.

Contaminants in the Water Supply System

Breaks in the water line can cause contamination of your tap water. But one of the most common causes of contamination is lead. A whopping 8 percent of lead is present in even so-called “lead-free” pipes!

You should only use cold tap water for things like making baby formula, cooking, and drinking. You should let the water run for a minute before using it to make sure you don’t eat lead.

Some of the simple solutions that most people use to purify their water is installing water treatment equipment either on their kitchen sink or faucets.

Bottled water: the good and the bad

Bottled water has some advantages and drawbacks.

Some of the bottled water options available in the market are enhances for nutrients. Such bottled water usually indicate they have added electrolytes or that they have a balanced PH, compared to tap water where the PH balance could be upset by various factors such as contaminants in such water. Such water will cost more.

It is important to read the labelling as sometimes the water could simply be purified water without any added nutrients. Some of these bottled waters include brands such as Evian or Core.

The Food and Drug Administration (FDA) established wanted the processing and transportation of bottled water to be done in sanitary conditions, and they want manufacturers to use techniques that make sure the water is safe.

Bottled water, in general, is safe to consume. Recalls of bottled water due to contamination occur, but they are extremely unusual.

Bottled water contains plastic, which is a cause for concern. Microplastics are present in most bottled water.

Research shows that 11 bottled water brands from nine nations were tested for purity. According to the findings, 93% of the bottles had microplastics, two times the level found in tap water.

This suggests that the contamination is mainly related to the packaging procedure. The effects of microplastics on human health are being studied for the first time.

Microplastics appear to affect reproduction, metabolism in both marine and animals, imbalance between antioxidants and free radicals in your body, as well as a number of other aspects of health.

If you have a weak immune system or are at risk of getting an infection, it is important to treat the water you drink to keep the parasite Cryptosporidium out.

In spite of the fact that FDA inspections of bottled water factories are very rare, the FDA has had to recall two different brands of water because they were contaminated with other things.

It is possible that some people prefer bottled water to tap water because of its flavor. In spite of this, research shows that a majority of people are unable to tell apart tap and bottled water.

Several factors need to be taken into consideration when it comes to buying bottled water. In addition, you can find sparkling or flavored water in bottled form. When it comes to drinking water, sparkling water is a common choice.

Some estimate that the price of the bottled water is higher more than water from the tap.

Having a bottle of water with you when you’re on the go may be a factor in why people select bottled water over water from the tap, in spite of the variance in the cost.

Effects on the environment

Water bottling, transportation, and disposal inflict significantly more harm on the environment than tap water does. This is especially true when it comes to transporting water in plastic bottles.

According to a 2016 study, the United States used 4 billion pounds of plastic to bottle water in 2016. About 64 million barrels of oil’s worth of energy were consumed during the course of this procedure.

In the United States, over 60 million plastic water bottles are tossed away on a daily basis. They eventually clutter the streets, or enter the landfills and waterways.

Toxins are also released as these plastic bottles disintegrate

Reusing plastic water bottles is an option for people who want to lessen their influence on the environment. Because of the potential for bacteria to thrive and chemicals to leach, this may pose long-term concerns.

Which do you think is the superior choice between tap and bottled water?

Generally speaking, tap water looks to be a better choice than bottled water in most circumstances. Bottled water has a far greater environmental impact than tap water because of its packaging.

The taste and quality of water from the tap is almost similar to bottled water, so there is no need to choose one over the other.

Bottled water may be easily available or more convenient than drinking tap water as a last resort. People can avoid this problem by keeping a reusable water bottle in their car and filling it up at public water fountains as needed.

If you enjoy the flavor of bottled water, a water filter may be a good option for you. It’s not uncommon to see water in bottles that is simply water filtered via a carbon filter. You can improve the flavor of tap water by adding slices of fruit and ice cubes.

If you are elderly, pregnant, or have a weak immune system, you may need to take more measures with your drinking water.

Consult a doctor if you have any worries about drinking tap water; they may recommend that you boil it first.

Both tap and bottled water have their advantages and disadvantages.

A person’s preferences and concerns will play a role in the type of water they choose.

When it comes to environmental impact and overall health hazards, especially when filtered, it appears water from the tap is far healthier for our environment. 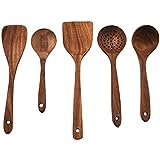 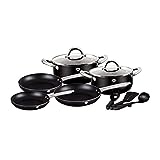 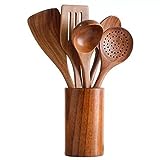